A_toll is first of all the modeling of a space in 3d, freely based on the topology and the environment of the Bikini Atoll, then the use of this space as a backdrop (and subject) within a live video .

The Bikini Atoll is part of the Marshall Islands, located in the Pacific. This atoll was used in 67 nuclear experiments (including 23 A and H bomb explosions) carried out by the United States of America between 1946 and 1958.
It is this very particular historical and technical fact that drives this project and determines its nature.

This environment reenacted via softwares is indeed subsequently subjected to a live degeneration process: an algorithm disrupts the structure of the file and randomly triggers deformations which accumulate, like a distant echo of other deformations, less visible but all the more terrible because they are real and irreversible.
Time is the key factor in this process: the viewer can witness a fraction of the evolution of this environment. This evolution takes place before his presence and continues in his absence.
It is then about of a chimerical, fantasmatic space whose shape is never final.
A text which mixes testimonies and extracts from novels ("The mysterious island" by Jules Vernes, "The terminal beach" by J.G Ballard) acts as a common thread and, through its repetition, punctuates the images. 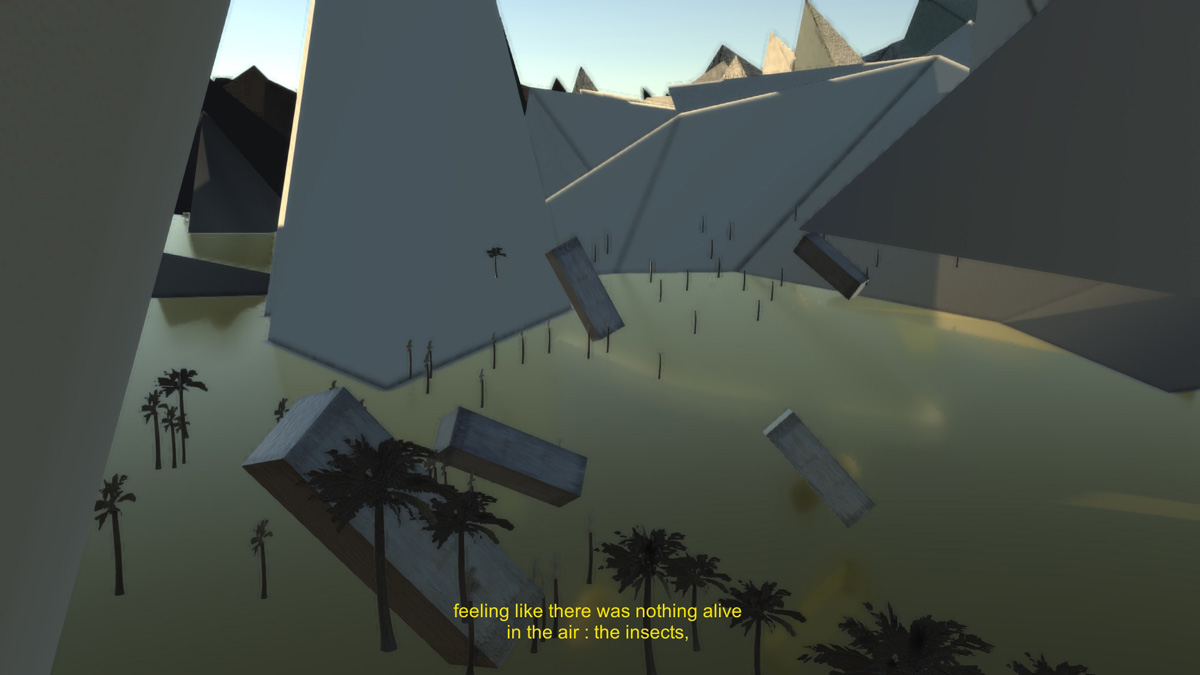