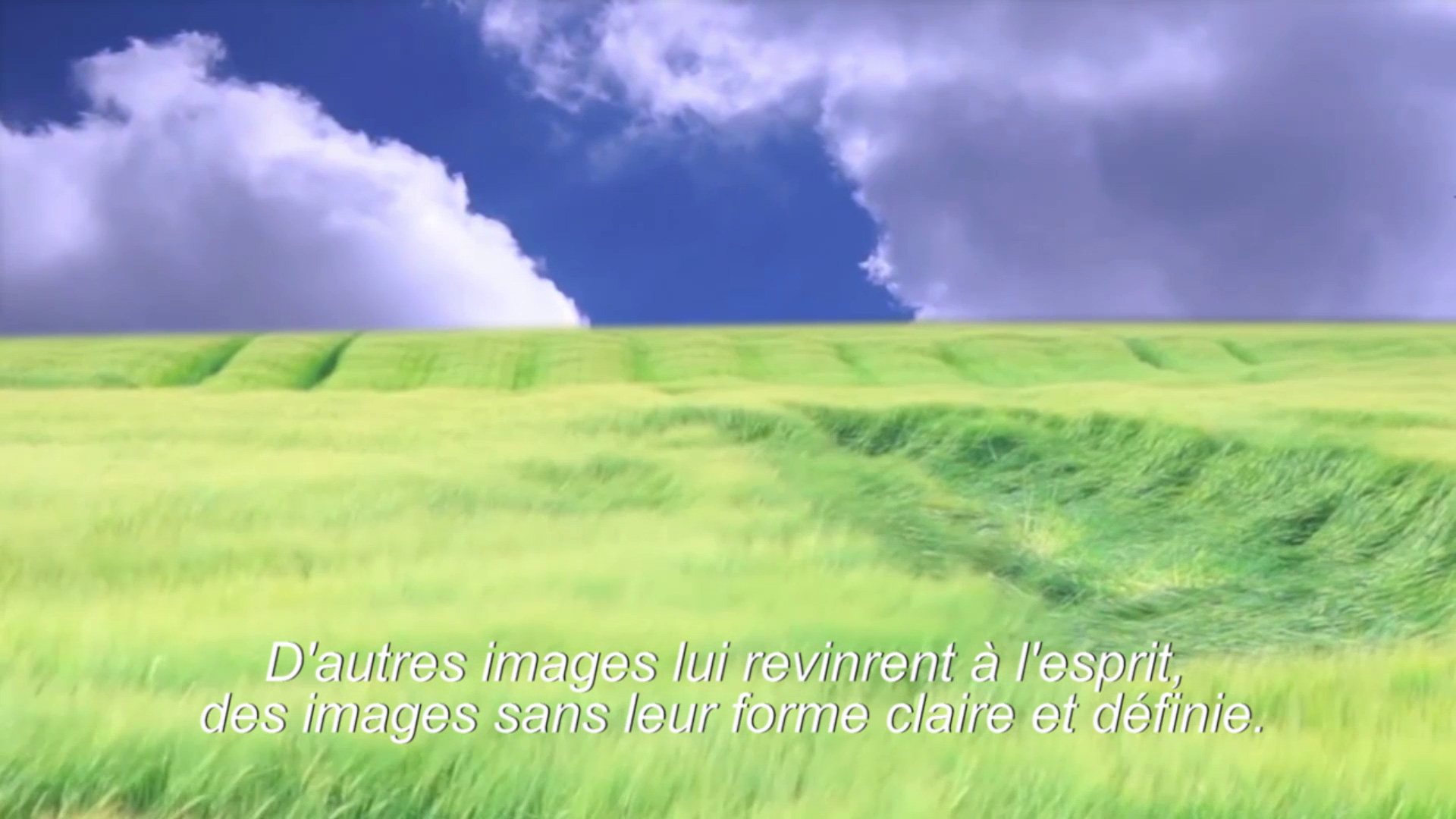 "La Prairie (very verdant meadow)"  was initiated from a short fictional text: a character is faced with a certain image, and enters 'in relation' with it.
Subsequently, this image was made into a video collage and the text was directly integrated into it: these two initially distinct elements are therefore found in a game which, for the viewer, oscillates from one to the other.

The artificial aesthetic of the video makes its own presence ambiguous, as if this non-concealed fake nature had nevertheless become a total phenomenon, an aberration that has become plausible.